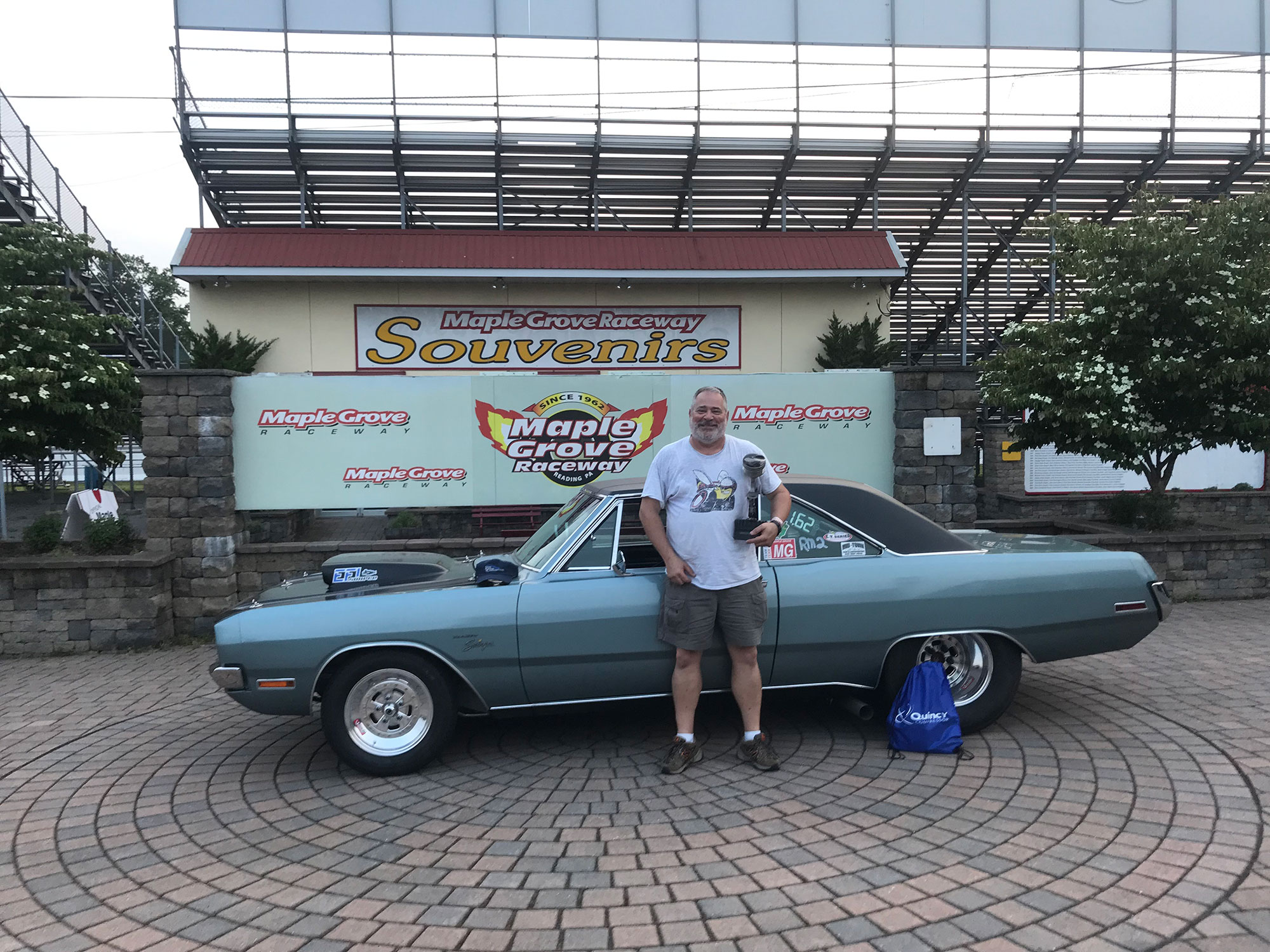 The sun rose on the first of June and welcomed 67 competitors to the battle for top position in RM2 (Pro Eliminator) in the 7th Annual Race 4 The house benefiting the Philadelphia Ronald McDonald House. Eventual winner Charles Augustine driving his 71 Dodge Dart began his day dispatching Race 4 The House Super Supporter Bob Ormsbee with a hard to beat .009 reaction time and a  .0198 over 11.618 run on his 11.60 dial while Ormsbee posted a not too shabby .029 light running an 11.73 on his 11.72 dial-in for the loss.

Second round paired Augustine opposite Jerry Haig of Lancaster, PA driving his 2015 Ultima GTR. Haig dialed slower at 12.35 to Augustine’s 11.61 anticipated the green light and went red with a -.131 light to Charles safe (off the blazing pace set in his first round) with a .073 reaction. Charles ran 11. 638 to Haig’s losing 12.605 for the win.

Third round found Charles doing a double take when he found himself matched with Haig’s second entry. Jerry opted to play it safe in this matchup and left a bit late this time with a .224 to Augustine’s conservative .056 reaction. Charles ran a .028 over 11.639 on his 11.61 dial to dispatch Jerry’s break out run of 11.442 on his 11.70 dial-in.

They say that in every racer you need to have at least one lucky break and in the 5th round Charles found his in the form of Don Garloff’s 1970 Chevelle. At the start Garloff was in control bettering Augustine’s good .036 reaction with a stellar .001. At the finish line the story was reversed as Garloff was unable to run his 10.59 dial only able to post a 10.645 to be sent in to the cooler by Charles .01 over 11.64 on his 11.63 dial-in.

The Semifinals gave Augustine the bye run while Robert Smith of West Chester, PA in his 66 Chevy 2 was paired with Rob Hochmiller of Whitehall, PA in his 75 Nova. Hochmiller left last and missed the tree with a .129 reaction to Smith’s better .013. Smith ran a 10.397 on his 10.36 dial to best Hochmiller’s 9.25 on a 9.23 dial, setting up a Smith Versus Augustine final.