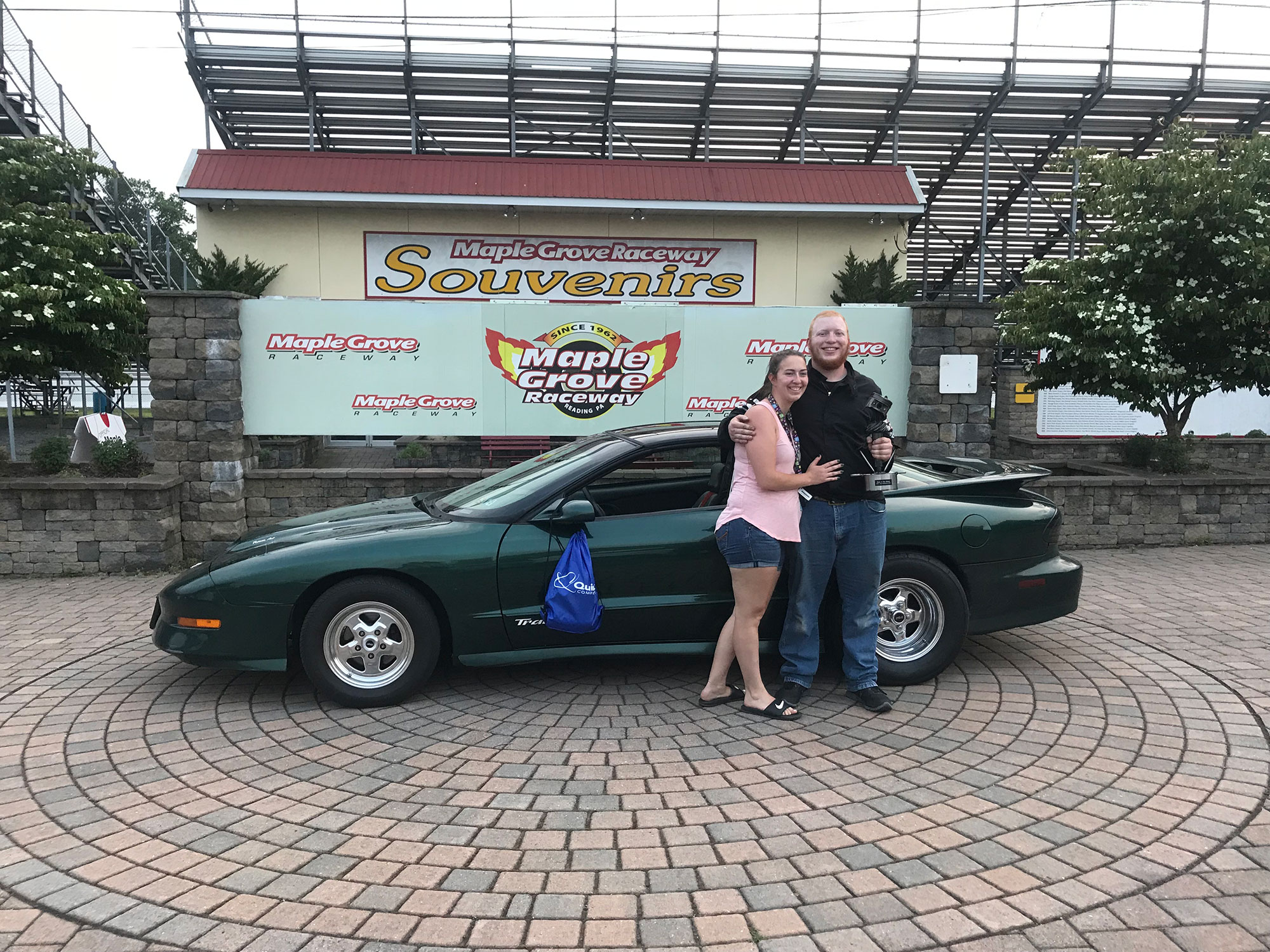 With belly’s still full from the previous night’s Race 4 The House Hot Dog Fest, 45 racers answered the first round call to contest RM1 for the 2109 Race 4 The House benefiting the Philadelphia Ronald McDonald House. Cordell Moyer driving a 95 Pontiac Trans Am survived the tough competition to end up on top when all the smoke had cleared. Cordell began his day facing Jim McGoldrick in his 1995 Corvette. Cordell took a large advantage at the start besting Jim’s .583 light with his better .062 reaction. Moyer continued to run a near perfect 11.555 on his 11.55 dial for the win over Jim’s 13.738 efforts on his 13.40 dial.

Beginner’s class round two presented a bye run to Moyer and his Firebird based on his near perfect elapsed time in round 1.

In the third round Cordell lined up against Tom Sackett of Pennsburg, PA wheeling his 2016 Camaro. Sacket launched first and missed the tree with a .118 light, Moyer followed with a quicker .066 effort. At the finish line Cordell used his starting line advantage to easily take the stripe at the finish with an 11.602 run on his 11.55 dial, defeating Tom’s almost 8 hundredths over 12.439 on his 12.35 dial.

Fourth round presented Cordell with another bye run based on his best of third round reaction time of .066. As they say, easy come easy go… Cordell missed the tree in his bye with a dead late .377 reaction and decided to abort the pass and save his Pontiac for later running a 16.393 on his 11.58 dial

The Semi-finals paired Cordell against regular Junior Street participant Luke Karol (grandson of longtime Maple Grove Racer Kenny Styer) of Mohnton, PA in his 94 Jeep and  was granted a bye run. Rumor had it in the lanes that Marra had never been down a dragstrip before today and was getting support from a few more experienced drivers on the finer points of competing. Cordell prevailed over Karol as Luke fouled away a better run by going red (-.023) wasting his 15.562 run on a 15.46 dial while Cordell posted an 11.745 run on his 11.57 dial.