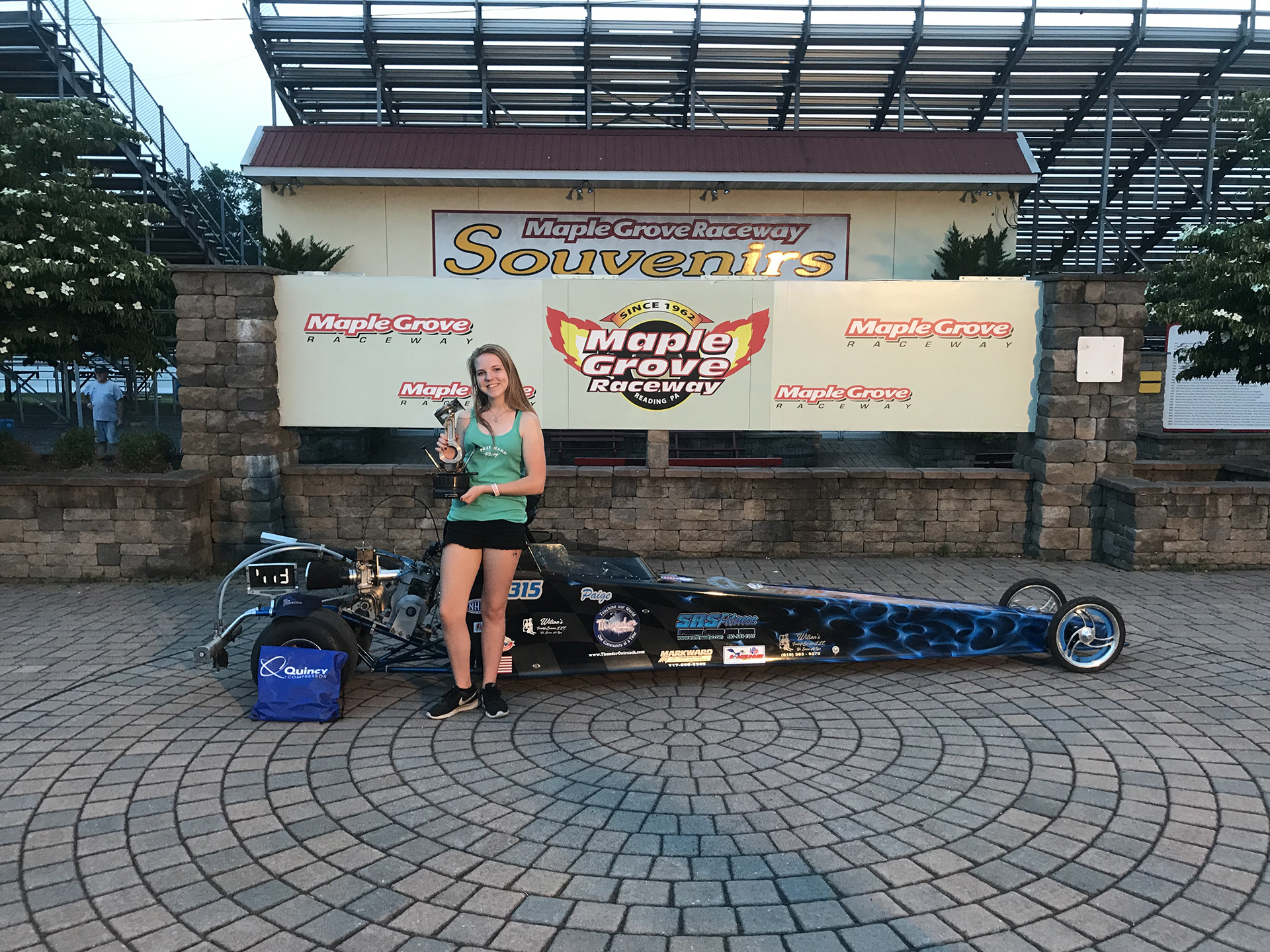 The Race 4 the House is all about supporting families in their time of need and on the 1st day of June 2019 19 family racing teams turned out to support our cause with their junior dragsters. After 5 rounds of tough but friendly competition Paige Ketterer stood in the winner’s circle as the 2019 Race 4 The House Junior Dragster Champion.

First round found Paige paired against Kelsey Brinkman in her 2005 Lightning Junior Dragster. Paige left first and bested Kelsey in the reaction time department posting a .034 to Kelsey’s .085. Down track Ketterer used the starting line advantage tightening up the finish line running a 7.987 on her 7.94 dial-in for the win over Brinkman’s losing 7.961 on a 7.92 dial-in.

In round two Ketterer faced Maple Grove regular Jackson Greiner. Paige was once more best at the launch posting a .055 to Jackson’s .091 reaction time. Paige went on to run dead on her 7.94 dial with a 7 to close out Jackson for the win.

The third round found Paige lined up against Dillon Taylor driving his 2015 Taylor Built Junior Dragster in a heads up match with both cars dialed in at 7.94. Once again Paige was best on the tree posing a .081 to Dillon’s .117. At the finish line Ketterer eased off running a slightly off pace 7.972 on her7.94 dial for the win defeating Taylor’s 7.96 on 7.94 pass.

4th round paired Paige against the always tough Allan Miles. Miles attempted to grab the starting line advantage and went ever so slightly red with a-.007 light to Ketterer’ s .044. Paige used Allan’s foul as an opportunity to see how close her car would run to the dial and ran her car out the back door posting a 7.937 run on her 7.94 dial for the win.

The final was set and Mathew Witkowski of Elverson, PA lined up against Ketterer in his 2009 half-scale dragster. Paige saved her best light of the day .013 for the final besting Mat’s .072. At the finish Paige posted another on the dial run with a 6 on her 7.95 dial defeating Mat’s breakout 7.943mon hos 7.97 dial for the win and the championship. 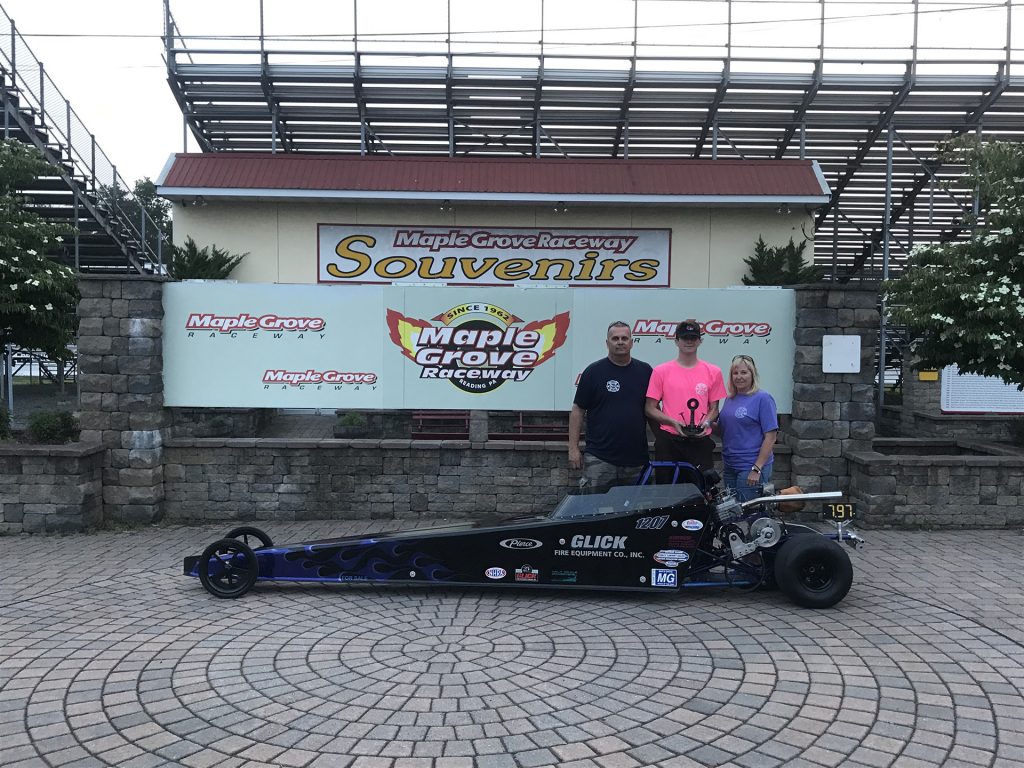