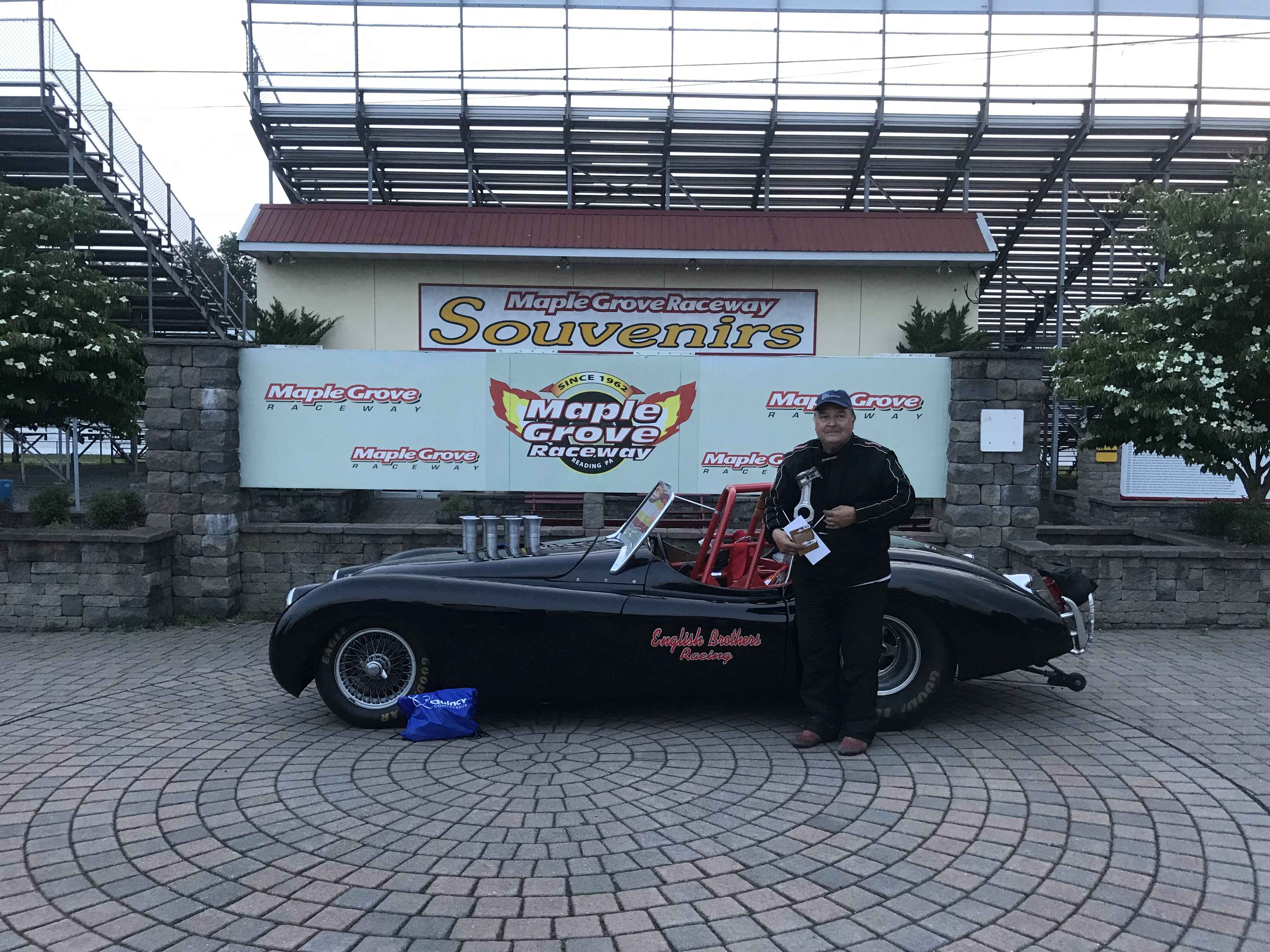 MANDRA ( Mid-Atlantic Nostalgia Drag Racing Association) racers returned to Maple Grove Raceway in Mohnton, PA on June 1st to compete in the 2019 edition of the Race 4 The house benefiting the Philadelphia Ronald McDonald House. When all the fun & competition was over Bob English in his 1950 Jaguar stood to accept the trophy as the event champion.

THE MANDRA field was loaded with beautiful antique looking high performance entries the oldest of which was the 1932 Austin Bantam of Randy L. Campbell. Randy lined up against English in round two and had control of the race at the start laying down a .011 reaction to Bob’s .028. At the finish line the rolls reversed with English closing out the 32 Bantam running closer to his 8.83 dial at 8,858 than Randy’s 10.418 on his 10.34 dial.

Round three paired Bob against his brother Marc English in his immaculate black 1957 MGA. Bob prevailed in the blood on blood competition when Marc turned it red -.003 at the start. Bob certainly wasn’t taking his brother lightly laying down a near perfect .001 light for the win.

In the fourth round Anthony Picane of Bangor PA pulled to the line in his 1947 Mercury Coupe to challenge the tough English. English once again won the race from the start but this time by being closer to the near perfect .000 with his -.002 reaction to Picane’s -.016 prevailing in a test of Maple Groves True Start system which awards the win to the lesser offender in the case of a double red light start. Regardless of the fouls both competitors ran their cars to near on their respective dial-in times to the pleasure of the spectators. 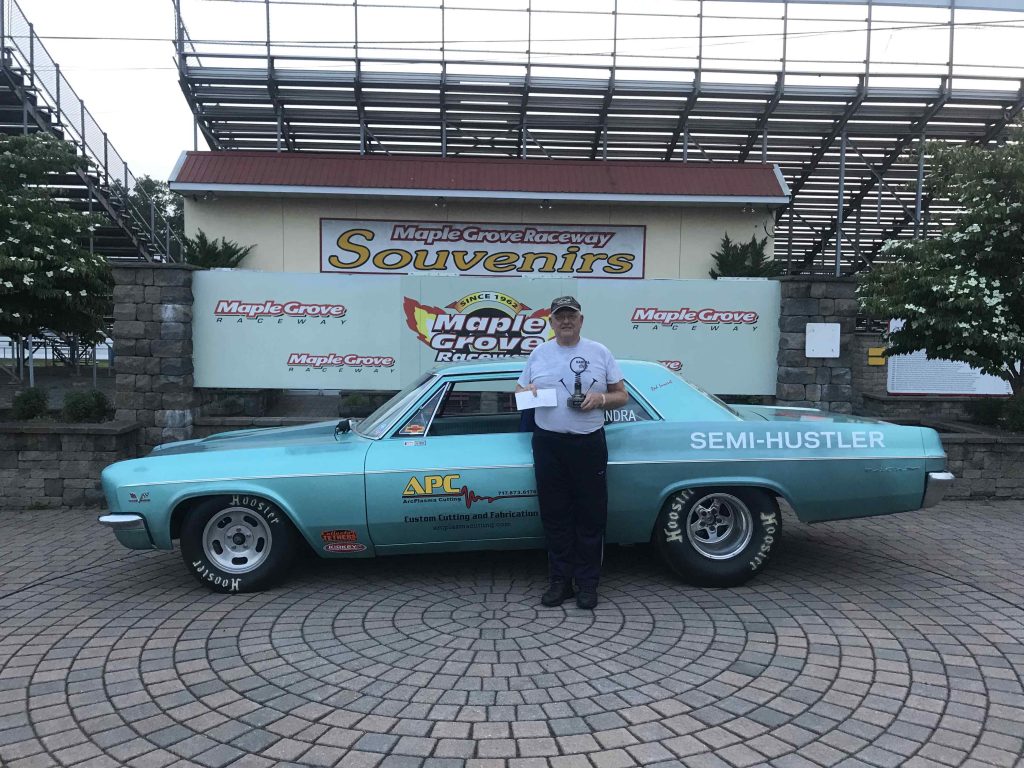